How to Choose the Right Stretch Film 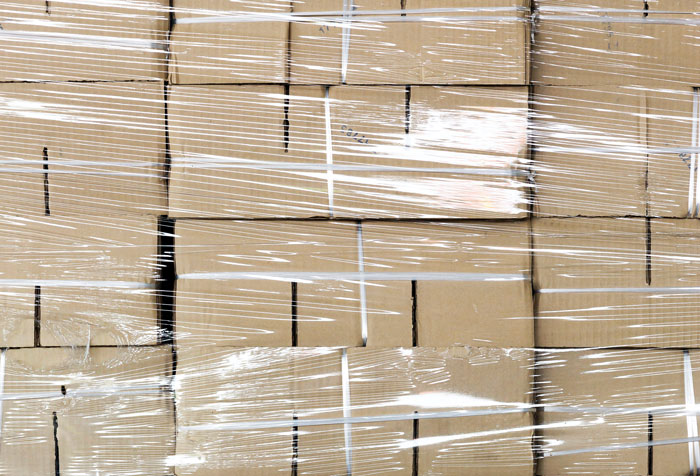 Type A Loads Uniform in shape. The load size closely matches the pallet size. These are obviously the easiest loads to wrap. Few film puncture points exist. This type of load is often seen at manufacturing locations where the same product is prepared for shipment load-after-loads.

Type B Loads Less uniform than type “A” loads. The stacking pattern may be irregular and /or the load size may not match the pallet size. Several film puncture points exist. More film selection judgement is required, especially at high levels of film stretch and /or high film application tension. Type “B” loads appear at smaller manufacturing locations and distribution warehouse locations. Each pallet contains two or three products destined for a single destination.

Type C Loads The worst of all to stretch wrap. No two loads are the same. Their size and shape range are all over the place. Sharp points seem to be everywhere and /or there is a major difference between the load and the pallet size. Film selection is critical. Type “C” loads are assembled at the distribution centers who supply retail store locations (i.e. grocery, drug, pet supply, automotive). Each load may contain dozens of different products.

2. Determine the Type of Equipment

3. Determine the Type of Product being Utilized

The weight of the pallet load and type of product being wrapped must be considered when selecting film type, gauge and number of wraps.

Some end users will have a need for a special requirement such as a one side cling, UVI or colored film. A one side cling is commonly used for bundling or on a pallet load that may shift in transit. Products that are stored outside for long periods of time normally require a UVI (Ultra-Violet Inhibitor) film. Heavy tinted colored films are often used to mask the product being wrapped.

The distance and method of shipment are important considerations. Films being transferred across the country in a flat bed truck or by rail would require a different film than a product shipped a short distance by truck or inter-plant.

Call us today at 402.331.3243 for a FREE, no-obligation analysis with one of our packaging specialists to see how much you could save!

This error message is only visible to WordPress admins